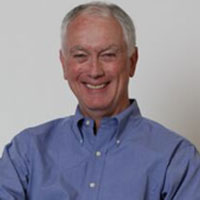 Ron Nash, Chairman & CEO
The advent of BYOD (Bring Your Own Device) has opened numerous opportunities to unleash the potential of mobile devices. But, it has also led to possible data security weaknesses and operational inefficiencies. Datacenters used to run different functions such as processing, storage, networking and security, and each of these silos had their own software and hardware. The involvement of multiple discrete elements increased operational complexity and delayed time-to-value, and the same condition continues today.

Addressing this issue is an Austin-based company, Pivot3, an innovator in hyper-converged infrastructure that enables clients to consolidate various data center functions through software, allowing them to operate a data center from a homogeneous set of appliances. “Our unified platform scales in small incremental figures, making it easier for CIOs to scale out the size of their compute and storage capability with respect to their business,” says Ron Nash, Chairman and CEO, Pivot3.

The company emerged in 2002 with an idea of converging today’s stack of virtual servers, shared storage and networks in order to drive down complexity and cost while dramatically increasing scale-out performance. The firm develops hyper-converged infrastructure appliances for virtual desktop infrastructure (VDI), back-up/recovery, other data center operations and high data throughput storage. “Our products use patented IT techniques that allow our clients to achieve data security via high performance Scalar Erasure Coding algorithms, without having to replicate the data multiple times and sacrifice storage space. It is the optimal method to ensure data security and achieve 94 percent storage efficiency,” says Nash.
For the same security reasons, Pivot3 offers a virtual desktop solution that provides a secure pathway to the users. It displays data images for users to work on and withdraws the data as soon as the application is closed. “It allows CIOs to have a degree of control over their data, even though they don’t have control over the choice or use of outside devices,” says Nash.

Offering such effective technology solutions, Pivot3 has installed 1,600 customers across the globe delivering scalable efficiency while satisfying security concerns. In one such instance, Pivot3 assisted one of its clients—Dallas Love Field, an air transport hub-in monitoring live data in a public trans¬port facility 24*7, both within facilities and inside vehicles. The client was facing hurdles in managing mobile access to live data, high cost of graphics-enabled workstations, data security risks and high data ingest rates. After approaching Pivot3, they deployed virtualized displays of live data on fixed and mobile platforms through Pivot3’s Hyper-converged Virtual Security Server. Consequently, along with providing various capabilities to the client, Pivot3’s hyper-converged appliances enabled centralization of data storage and application servers for higher security and better manageability. It also enabled secure mobile access to live data anytime, anywhere, on any mobile platform that had VMware View client installed.

Pivot3 achieves its efficiency in handling sophisticated storage while requiring less disk space to keep the same data in protected mode. “Our solutions are easier to install, run and operate and are also less expensive, smaller and more flexible to expand,” says Nash.

For the future, the company envisages continuing to innovate more into its hyper-converged infrastructure. “We dream big and we think we can change the face of technology,” Nash concludes.“This lines up with analysts’ forecasts of hyper-converged infrastructure taking massive market share in data centers worldwide. Pivot3, with its innovative technology, is well-positioned for future growth. 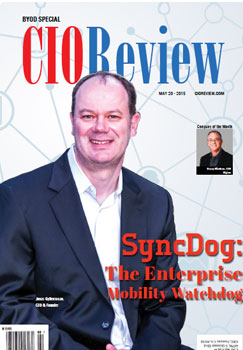